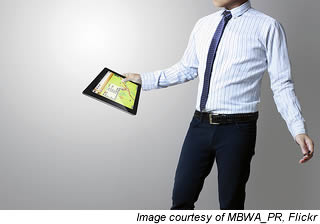 A lot of our customers have been asking us what kind of device they should buy to run our mobile field service software.  They want to know if a tablet or a smartphone is better to run the program.  To be honest, most field service software will run perfectly well on both devices.  What needs to be considered, however, is which device will be a better fit for the way your company runs?

Instead of pushing my personal preference on people, I decided I would address the pros and cons of both and let you decide which will be the best fit for your company.

Different companies will find different devices more useful.  Figure out your crews’ typical work day, and decide based off of that which device will better serve them, and your company.

Want to know what to do with these new devices after you purchase them?  Check out the Quick and Dirty Technology Checklist today!