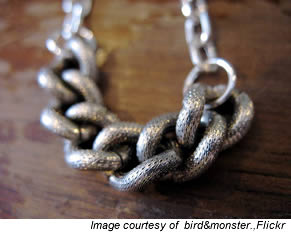 We recently returned from our annual HindSite Business Summit at the Kentucky Derby Museum in Louisville. It's a great time - we get to talk to our customers and prospects about the issues affecting their businesses and work together to solve those issues.

We were having a discussion about some of those issues, and one of our long-term customers began talking about his experience during the recession. His business slowed to a crawl and he had to go from about 30 employees to 15. He said deciding who to let go was one of the toughest decisions he's ever had to make. He had a lot of long-term employees and some relatively new employees. He said that without our work order software, he most likely would have made that tough decision based on who he thought were his best employees. And who he thought were his best employees were his most experienced guys.

But because he was using our software, he had a way to quantify his decision. And when he looked at his employees from a purely quantitative perspective, he found that his most experienced guys weren't necessarily his most productive guys. He used our software to keep his most productive employees, which in the end kept his business strong. It was still a tough decision, but he felt better looking his guys in the eye and telling them why he'd chosen who he'd chosen. It wasn’t anything personal, it was purely based on who would better position his business for success through the economic downturn.

That got me thinking: Besides determining which employees to let go if your business hits a rough patch, what other tough decisions can work order software help you make?

1. Which customers to fire - Every field service business owner knows that some customers are more valuable than others. In many cases, your business will run better and you'll be more profitable if you simply stop working for specific customers. They just aren't worth the hassle.

You probably have a good idea which customers you just don't like working with because of their personality. You know the type - no matter what you do, it isn't good enough. They complain constantly about your work. They call you up repeatedly, wasting your time with issues that aren't really your fault. If they aren't worth the hassle, don't service them anymore. That's an easy one.

But you may have customers that, for some other reason, just aren't profitable to service. For some, it may be geography that makes them unprofitable. You took a job 45 minutes away hoping to win some of their neighbors. But when you didn't, the non-productive drive time just to service their property means you are actually losing money making a trip out there. Work order software can show you on a map where all your customers are physically located, so you can identify the ones that are outside your traditional service area and eliminate them.

Or let's say you perform contract work. How do you know which properties are most profitable? Again, work order software like HindSite is the solution. We've got a great budget vs. actual report that can tell you which contracts are making you money and which contracts are losing you money. Simply take a look at this report and, if your company is losing a lot of money on a contract, do something at annual renewal time to increase that customer's rate, or eliminate them from your business entirely.

2. Rewarding Productive Employees - It's time to review your employees. What are you basing their review on? If you're using a gut feeling to determine how to reward your employees for their hard work, you're doing it all wrong. No matter how much you think you know about who is a great employee and who isn't, if you don't have cold, hard facts to back up those gut feelings, odds are you're going to make a wrong decision.

The best way to reward your employees is to set a goal - say around productivity or how much additional revenue they bring into the company through upselling and cross-selling activities while they're on a customer's site - and then reward employees for achieving that goal. But you can't set a goal if you can't measure it.

Work order software helps you measure each of your employees. You can see who is most productive and reward those that are. Plus, you're taking personal opinions and biases out of the equation, and making sound business decisions based solely on the numbers. It makes it hard for your non-productive employees to complain. They had a clear goal that they didn't achieve, and they're paid and rewarded accordingly.

For you baseball fans out there, I call this the Tony Gwynn rule. On first look, you'd say that he doesn't look very athletic, and wouldn't expect him to be a great baseball player. But when you examine the numbers, you find that he's one of the best pure hitters ever to play the game.

3. Hiring New Staff - Deciding when to hire a new staff member can be difficult. Do you have enough business to warrant a new body?

Making that decision becomes a lot easier with work order software because it gives you the data you need to make a sound decision. The decision simply becomes a numbers game. You look at how many jobs a typical tech can perform per day, determine what that will mean to your schedule (i.e. how much downtime will the new hire have?), what you will pay them, and then determine what your profitability will be.

You may be surprised to find that - though you feel busy - you're really not busy enough to justify adding another body. The numbers just don't work.

Those are just three ways work order software can help you make tough decisions based on data and not your gut. Have you used software to make a tough decision easier? Then drop us a line in the comments and let us know about it!

Want to make better decisions when purchasing equipment for your green industry business? Then download our Green Industry Equipment Report today to learn what your peers think are the best equipment brands.

Previously:
HindSite’s Weekly HindSight: Ownership, Overcoming Fears, and Gabe's Post
Next Up:
How Collaborating with Your Lawn Care Business Competition is Better than Hating Your Competition