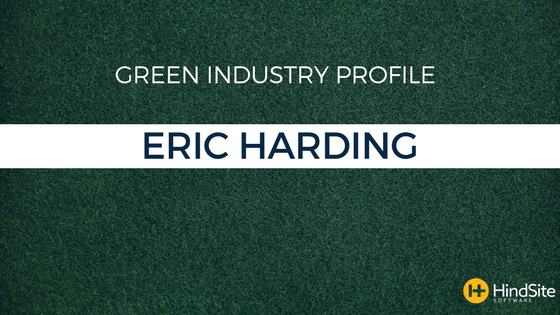 Ridgeview Irrigation and Landscaping specializes in taking irrigation and landscaping design to the next level. Whether it’s a new irrigation system, a backyard pond or rock waterfall, property maintenance, or a total backyard makeover, Ridgeview provides fast, courteous, expert service.

When Eric Harding decided to start his business, Ridgeview Irrigation and Landscaping in Nanaimo, on Vancouver Island in Canada, he saw an opportunity he thought he could capitalize on. “I talked to a few people and saw what some companies were charging and the substandard job they were doing. I saw an opportunity to do a far better job. So I started with irrigation and we’ve grown over the last ten years into where we are today. We’ve gone into landscaping and now we do everything from installation to irrigation service, full landscape construction, retaining walls, putting greens, artificial turf, fencing. There’s not a lot in a yard that we don’t do now.”

As his business has grown, Harding has found he has less time for customers because he’s too busy managing the work, and I’m fielding phone calls all day. “I run two crews and get organized and get them out to the site. Then, I may have to go around and line up a bunch of material that’s got to get delivered. Or if they’re short stuff I tend to be the gofer.“

For Harding, seeing the finished product and happy customers is what he loves most about the job. “I like seeing the end result. I like talking to people, so satisfied customers at the end of the day is what I enjoy.”

I like seeing the end result. I like talking to people, so satisfied customers at the end of the day is what I enjoy.


That doesn’t mean the job is devoid of stress, however. “Sometimes it gets a little stressful. Everybody wants a hard booking time when you’re going to be there and nothing ever takes the time it’s supposed to take. Everything backs up and you’ve got to shuffle around and it just gets to be a little chaotic. That’s probably the worst thing.”

Underpromising and overdelivering is something Harding believes in. “I like to tell customers booking dates are in some cases a month later than they actually are. For instance, you can do something for them in two weeks and you know the job you’re working on now is going to take three. That’s just the way it works. There’s always stuff you don’t see. It always takes longer and then it just backs up. I tell them a little further out and then then as it gets closer for the most part ‘it’s your lucky day, you’re going to get it done earlier!’ Customers like earlier rather than later so if you don’t overpromise them at the beginning you tend to get on their good side.”

The rising cost of labor is one of the biggest changes Harding’s noticed since starting his business.“ I think the biggest thing is people don’t understand the last five years how much wages have gone up and how much building materials have gone up. People have no idea. I get calls for retaining walls and they’re thinking $3000 to $4000, when the actual cost in many cases is 4 to 5 times that. They don’t have any concept whatsoever of what this costs. You want skilled, qualified people. Young guys that know exactly what they’re doing. There’s cost to that. It used to be ten years ago $10 to $15 an hour would do it. Now we’re into $20 and $30 an hour.”

Finding that labor also isn’t easy. “I think what will grow and maintain my business is the
right people to do the job that are able to talk to the customers. I don’t necessarily not believe in these big job boards like Indeed but more or less I use small local ads. I have a certain format I use for the ads. I also get referrals from other guys that have worked for me. It’s very hard to find good people and if you want to keep good people you have to pay them accordingly.”

I think what will grow and maintain my business is the right people to do the job that are able to talk to the customers.

Keeping himself educated and training his staff not only on the how but the why also helps Harding grow his business. “I know all the equipment dealers so I get product information from them. I’m a member of the Irrigation Association of BC and I’m a CIT as well. I’ve done the paver course which is offered through Expocrete. I generally try to send one of my guys to training if I can’t do it myself. I sent a couple guys to the Allen block course last month as we had a big job that we’re actually doing right now. One of my guys who had never taken it is a 28-year-old carpenter by trade. He’s done it before, but I told him I know he knows how to do it. That’s not why I’m sending him to the course. I want him to know why he was told to do it a certain way by his boss previously. The whole point is that when when you charge somebody $30,000 or $40,000 for a retaining wall, you need to have a full understanding of all the martials and how they work together. “

This profile appeared in the 2018 Green Industry Benchmark Report. Download it today to see how your business compares to that of your peers.

Previously:
Top 20 Quotes from the 2018 Green Industry Benchmark Report
Next Up:
Sales & Marketing Tips for Your Irrigation Business