Whether it’s an  irrigation license or an irrigation certification, I am regularly asked about how to get a professional credential.  Let me see if I can help clarify a few things about each.

When it comes to irrigation licenses, it may be surprising to know that few states or provinces have a requirement for an irrigation contractor to be licensed.  States that have a separate mandatory irrigation license include Connecticut, Louisiana, New Jersey, North Carolina, Oregon, Rhode Island, and Texas.  There are some state irrigation licenses that are voluntary such as in Florida.

Some states have irrigation as a part of a landscape license such as California.  And some states require an irrigation contractor obtain a limited privilege license through the plumbing licensing board like in Illinois.  Additionally, there are many counties and cities who have their own licensing requirements.  Many are independent of any other county or city.

Most state irrigation licensing also requires passing an exam and requires continuing education credits.  However, it is not uncommon for a local irrigation license to only require a business license and possibly some sort of performance bond to get the license, with no mechanism to test the technical competency of the contractor and/or no continuing education requirements.

There are also some state irrigation licenses that had very broad grandfathering conditions when they started that allowed qualified people or companies to skip taking the exam that later became required.  None of these make the licensing programs bad, just different.

In terms of which is better for a contractor to get, the answer is, it does not matter.  The real measure of the worth of a credential is if it helps increase the customer’s value of a contractor’s service so that the customer pays the contractor enough to increase the net income of the job.  To do this, the contractor must explain how the credential is meaningful for the customer.  Without that type of self-promotion, the certification or license only serves as an admission ticket to participate in the irrigation industry at the same level as all other license holders.

For most customers, credentials such as an irrigation license and/or certification are part of the definition of a professional.  Other things such as active involvement with the state or national trade associations and a company program of continually learning about irrigation are two important ways to show a level of professionalism that customers value – a tie to the community and a commitment to maintaining a high level of professional knowledge.

“If you think it's expensive to hire a professional to do the job, wait until you hire an amateur.”

Kurt Thompson is a managing partner at IrriTech Training, Inc. (www.IrriTechTraining.com), a company specializing in online, remote, and in person training for onboarding and developing irrigation technicians and supervisors, individual technical irrigation and contractor business education, and preparation for irrigation certification and state license exams.  He is also the owner of K. Thompson and Associates, LLC, a business coaching, professional development instruction, and outdoor water use evaluation and planning company.  He can be reached at Kurt@IrriTechTraining.com or Kurt@KThompsonAssociates.com. 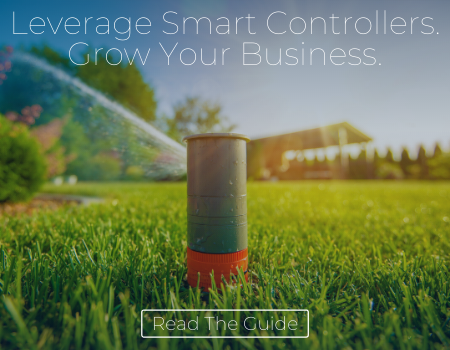