From AquaLawn, AquaTurf and Aquatech to Rainmaker, Rainscapes and RainScapes (with a capitalized ‘S’)  to Advanced Irrigation Systems, Advanced Landscape Irrigation and Advanced Sprinkler Systems. I could keep going but I think the point’s been proven: most irrigation businesses sound the same.

So with hopes to spruce up the industry’s future, here’s some inspiration to help you find a unique name that makes your business stand out from the crowd. And if you already have a name you can still learn some random knowledge for pub trivia or beating your friends and family at Trivial Pursuit.

My favorite irrigation business name comes from one of our friendly customers up in Canada: Rain Gods. That - right there - is an objectively cool name. It’s fun to say. It exudes power through and through - in every letter, in every syllable. It also helps they have a logo that’s the easiest on the eyes. And a beautiful website that has a squeaky clean design.

So expanding off of our northern neighbors, we gathered some cool (and cool sounding) mythological water and rain deities from around the world. And considering water covers 71% of the Earth it’s no surprise ancient mythology is filled with them.

Maybe you take one of the names directly or maybe one two or a few influences your thinking or maybe none of the above. It might help your business, it has certainly helped some of the biggest, most recognized brands around globe (e.g. Amazon, Nike, Ajax, Hermes, Mars Candy, Olympus, Oracle, Midas, Pandora, Odyssey Golf, etc.)

Indra: Chief Hindu god of the Rig-Veda: god of rain and thunder

Ap: If you’re into the whole brevity thing, Ap is a group of water goddesses and is the Vedic Sanskrit word for water

Jengu: A water spirit of the Sawa from Cameroon

Hapi: Egyptian god of the annual flooding of the Nile

Ash: Egyptian god of the oasis and the vineyards of the western Nile Delta

Tefnut: The Egyptian goddess of dew and rain, whose name is fun to say and head is that of a lioness

Sedna: Inuit goddess of the sea

Coyote: Rain deity in Navajo mythology. And I know what you’re thinking, even though To Neinilii is the Navajo god of rain, Coyote also has powers over rain

Lumo: Sky goddess of rain and mist in Tibetan mythology

Mazu: Goddess of the sea (and the protector of seafarers)

Hebo: God of the Yellow River (2nd largest river in China after the Yangtze)

Dodola: Goddess of rain in the Slavic mythology

Kelpie: a Celtic water spirit from Scotland that’s in the form of a horse

Taranis: The god of thunder in Celtic mythology

Thor: Before all of those Marvel movies, Thor was the Norse storm god of thunder, lighting, protection of humanity, strength, fertility. Now he’s just some Australian actor.

Frey (or Freyr): Norse god of rain, sun and fertility

Mimir: Norse god of the spring

Jupiter: The Roman storm god and King of the gods

Neptune: King of the sea in Roman mythology

Vellamo: Goddess of the sea, lakes and storms in Finnish mythology

Zeus: You’ve probably heard of him, he’s the Greek storm and sky god and king of the gods.

Ichor: the rarified fluid said to flow in the veins of the greek gods

Ceto: Greek goddess of the danger of the ocean and of sea monsters

Ladon: a one hundred-headed Greek sea serpent who guarded the western waters. A freaking monster with a 100 heads? Sounds like a pretty cool logo to me.

Tohil: Patron god of the K’iche’ (indigenous peoples of the Americas and one of the Maya peoples). Tohil’s main function was that of a fire deity and was also both a sun and rain god.

Jaguar: was the Animal manifestation of the rain deity for the Olmec religion.

Namaka: Goddess of the sea

If you weren’t feeling the mythology thing and - for some reason - you’re still reading here’s a random assortment of unique water-related words.

Flume: a narrow gorge with a stream running through it

Phreatic: Of or relating to groundwater

Sluice: Conduit that carries a rapid flow of water

Effloresce: come into or as if into flower

Xeric: Being deficient in moisture

Scudding: The act of moving along swiftly (as before a gale)

Rheology: the branch of physics that studies the deformation and flow of matter

Purl: flow in a circular current, of liquids

Lave: wash or flow against

Lotic: of or relating to or living in actively moving water 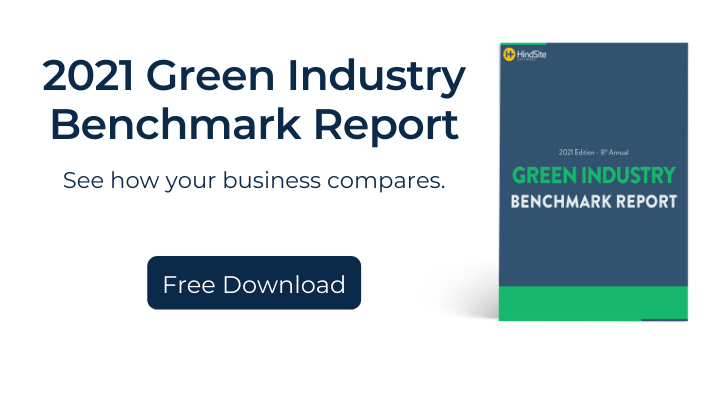 marketing
Key Customer Retention Metrics For Your Irrigation Business
Last week we went over common customer retention mistakes and what your business can be doing now...
Read more >
marketing
Is Your Irrigation Business Making Customer Retention Mistakes?
Business is good, right? The rest of the year is booked out (and you keep thinking if only I had...
Read more >
marketing
Irrigation Estimate Template
There are a lot of essential parts to a sound estimating process, from finding the correct price...
Read more >