The Importance of Team Building in your Field Service Business

In 2003, a small liberal arts college in central Minnesota, St. John’s University, sent their Division III football team to play Mount Union for the National Championship. On paper, St. John’s should have gotten beat by 45 points. Mount Union had lost just once in the past 6 years  - a total of 110 games - and was riding a 55 game winning streak, including a 66-0 win the week before in the semifinals. Add to it that their offensive line outweighed the tiny St. John’s defensive line by an average of 70 pounds per person and no one gave St. John’s a shot. Even St. John’s notoriously rabid fans were just hoping they’d keep the game close.

But they did more than keep it close. They won the game 24-6, earning legendary coach John Gagliardi his fourth national title. How did they do it? It was the ultimate team effort. They each knew their role and played to perfection. By every football measure, they were inferior at almost every position. Yet, the sum of their parts, the way they played as a team, translated into a victory. 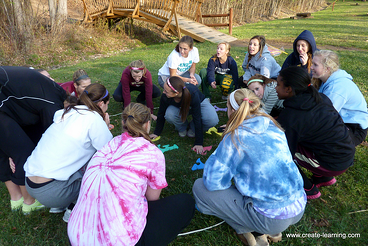 Teamwork matters. Which is why if you want your field service business to be successful, you need to all be rowing together and in the same direction. Here are five tips to building a team that will have you beating your competition:

A great team is often more than the sum of its parts. So if you want your business to be successful, take time to do some team-building exercises. You won’t regret it.

Want other tips on how to improve your field service business? Check out our eBook, 33 Stupid Things Contractors Do (and How to Fix Them) today!